Two Solutions To The Challenges of The Aging Population

The world’s elderly population is higher now than ever before and will continue to rise. According to the World Health Organization, the share of the population aged over 60 will double to 2.1 billion by 2050. The United States Census also predicted there will be more older adults than kids by 2035. You may be wondering how this is possible? These growing statistics are due to population aging. Population aging occurs when the median age rises because of declining fertility rates and increasing life expectancy.

Population aging may seem like exciting news to older individuals because there are more of them! However, it negatively affects economic growth and overall quality of life. This is due to diverting government spending from education and other investments to healthcare, pension, and social benefit programs for seniors. Finance programs for the elderly are just as important, but increased age-related spending hurts the economy and can place many countries in debt by limiting fiscal and macroeconomic sustainability. A declining economy impacts the well-being of everyone including the growing elderly population.

We need to take action! Brookings came up with a two-part plan to address population aging’s impact. The implementation of policies focusing on paid and unpaid work for the elderly can improve both the materialistic and psychological well-being of the older population, as well as economic sustainability.

Policies regarding the elderly remaining longer in the workforce have been cited as the most successful solution toward solving the fiscal pressures and macroeconomic challenges posed by population aging. It benefits both individuals and the economy.

2. Promoting and Rewarding Volunteering, Care, and Artistic Work Among the Elderly

In many cases, older adults are unable to do phased-in retirement whether it is because of family obligations, health issues, or skills mismatch. This poses another solution regarding governments promoting and rewarding unpaid work for the elderly. Volunteering, care work, and artistic work among the elderly can improve their well-being, the quality of society, and the economy, as well as lower healthcare and welfare costs.

Offering opportunities for the older population to stay longer in the workforce and be involved in the community can provide both social and economic benefits to the general society, as well as relieve the strain on issues regarding population aging. We must specify that this means shaping policies that incorporate the talents and skills of the older population rather than just handing out degrading tasks to keep them occupied.

1+1 Cares is a referral agency that works for clients and caregivers. We match caregivers with clients and inform them of your requirements. We work for you so you and your loved one can have a safe, enjoyable caregiving experience.

Enter your email to Subscribe to receive new articles.

1+1 Cares by serving as a family’s caregiving concierge.  1+1 Cares is a unique platform that synergizes premium service, qualified caregivers, and affordable rates.  By empowering families to make the right decisions, 1+1 Cares makes in-home care affordable and accessible.  1+1 Cares about you. 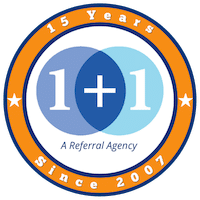 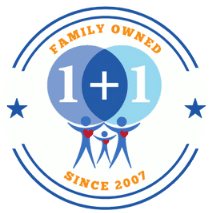